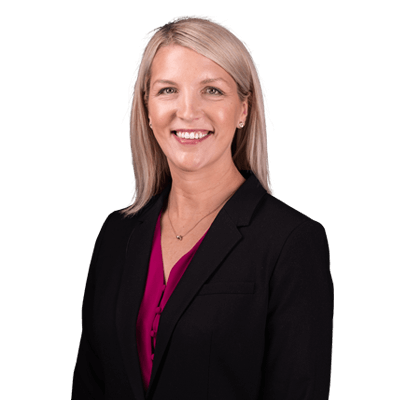 Jessica’s practice focuses on litigation, with an emphasis in the area of insurance defense. She handles personal injury, property damage, product liability, and premises liability claims. Jessica also handles insurance coverage matters, as well as contract-related and business tort litigation, healthcare and medical malpractice matters, and civil rights claims. She is experienced in all aspects of a civil case and represents both individuals and businesses in both state and federal legal matters. Jessica’s family law practice involves representing and guiding her clients through divorce, dissolution, child custody and support matters, spousal support, and property division, and other domestic relations matters. She is trained and certified in collaborative practice. Jessica also practices with the firm’s an estate planning and administration team. She prides herself on focusing on and understanding the unique needs of her clients and working closely with them towards resolution while being sensitive to the personal and sometimes emotional aspects of these issues.

Jessica has over a decade of extensive experience in the legal and judicial system. After graduating with a Bachelor of Science in Criminal Justice, Jessica was a Probation and Parole Officer for the Commonwealth of Kentucky, handling a caseload of over 100 convicted felony offenders for almost five years. As a sworn peace officer, she appeared and argued before the Parole Board, Ohio and Kentucky judges, and administrative law judges. Later, while attending law school in the evenings, Jessica clerked full-time for Judge Steven E. Martin of Hamilton County Common Pleas Court for nearly four years, where she served as the civil constable and handled the civil and commercial docket. After law school, she honed her skills as a litigation and family law attorney for almost five years before joining the Rendigs team. Her unique background in law enforcement and extensive experience in civil litigation make her a great asset to Rendigs’ skilled legal team.